The making of an elefint paper celebration

Reina is a full-time freelance paper artist based in San Francisco. She has been working with cut paper for over ten years with clients such as Facebook, Google, Lyft, Wired, and elefint!

This past summer, I had the pleasure of working with elefint on a new image for their upcoming website relaunch.

Two years prior, I had heard Gopika speak at an event, and I was so excited about elefint that I had reached out to her to connect, should they ever come upon a project that would be fitting for paper art. Fast forward to 2018, and I was ecstatic to hear from Gopika for work on their website.

I often get a lot of questions when I mention my job as a paper artist. It’s uncommon, it’s niche, and every person that I’ve met who’s also a paper artist works quite differently. I’m excited to use this platform (thanks, elefint!) to share my process for bringing the elefint image to life.

At times, clients come to me with an exact image and object in mind that they’d like to have made out of paper. On other occasions, I get to flex my concepting skills and work with clients on coming up with an idea for the image. In true elefint collaboration style, theirs was the latter, and I met in person with Gopika and Abigail to kick off the project. During this phase, my goal is foremost to uncover the objective of the image/project. In addition, I like to find out what tone they’d like to hit (how would they like the viewer to feel?), where the image will live, and what their brand values and principles are. 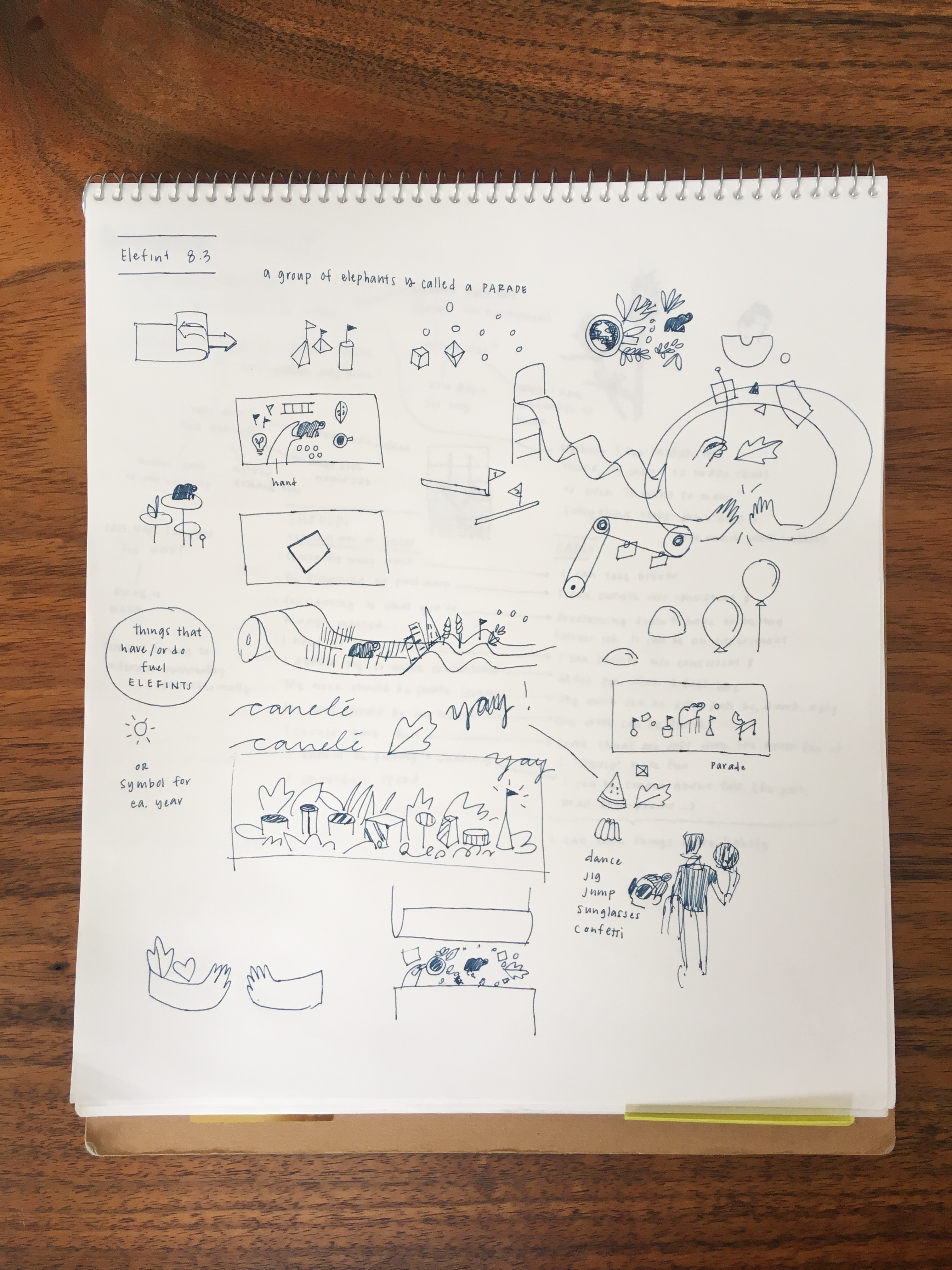 I found my meeting with Gopika and Abigail absolutely energizing. The two of them were bubbling over with ideas, and it came down to this: they’d like the image to be a celebration of eight years of elefint. In many ways, this eighth milestone is more meaningful to them than the standard fifth or first—they’d undergone many evolutions as a company and were proud of where they stood now. The image would live on their new website, and they were playing with the idea of placing it on an all-white background to create a “floating” effect.

After my initial meeting, I was off to ideate on how best to represent elefint and their celebration through an image. My goal during the concept phase is to come up with several directions that achieve the objective and tone of the project. To help clients hone in on the main idea—rather than details such as color—the sketches presented during this phase are usually in black and white.

To start out, I often list keywords and create quick sketches that describe the tone, the image, and its end goal, which I pull from both from the kick-off and from research. For example, while researching, I found out that a group of elephants is called a parade, which sparked several of the concepts. 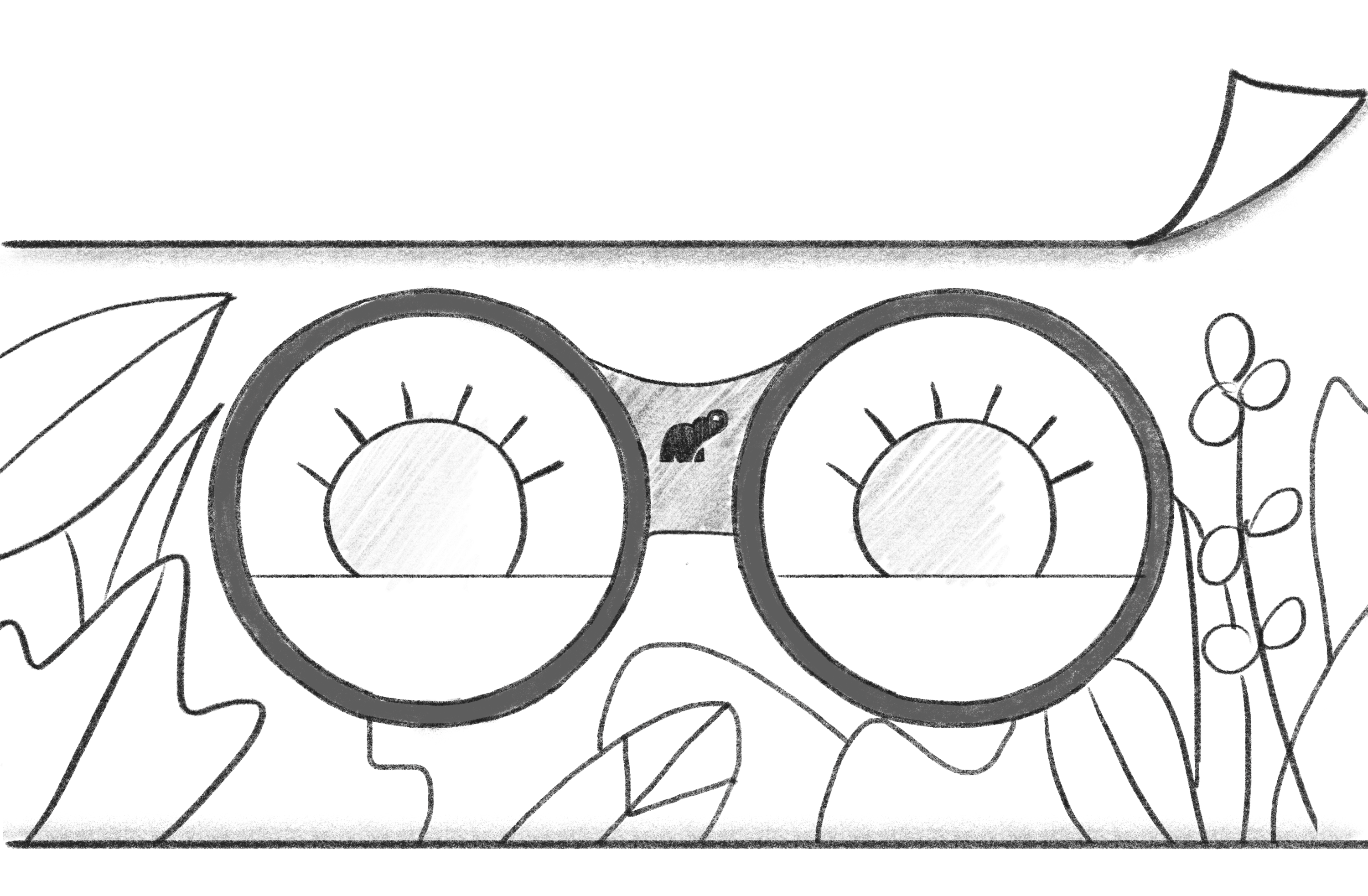 While sketching, I also think about how the concept could be created in paper. After digitally sketching on a tablet, I hopped on a call with elefint to present each idea and explain how they would be executed. 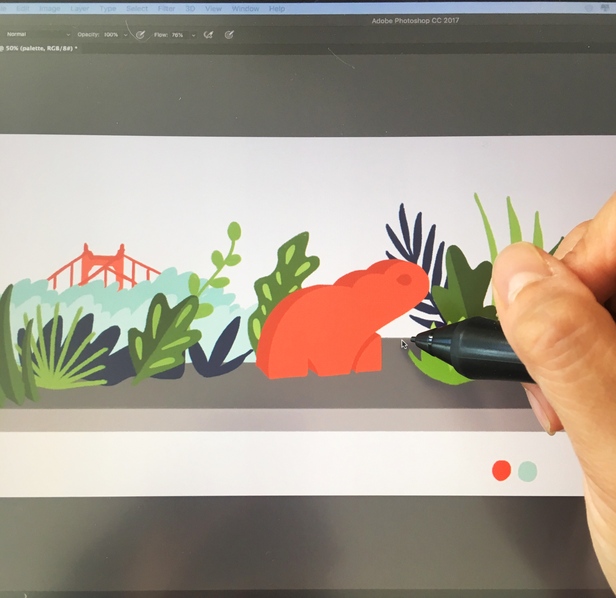 After our call, Gopika and Abigail riffed on the idea before coming back and selecting the elefint  parade. Having been inspired by the new Transbay Terminal park and the idea to represent their home turf of San Francisco, they requested that the elefint logo be surrounded by lush plants and the Golden Gate Bridge.

Once the concept is selected, I head into color territory. At this point in the process, I lean on the tone that the clients talked about in the kick-off, and come up with color palettes to emphasize and support it. The elefint team had talked about an image that could be described as playful, happy, and accessible, so the colors presented were bright and friendly, while complementing the elefint brand orange.

From there, it’s time for paper! If the objects I’m making are extremely geometric or repetitive, I create custom template files in Illustrator that will then be cut on a machine and assembled by hand. In any other case, I prefer to cut the pieces by hand. Hand cutting naturally results in slight imperfections and inconsistencies, which accentuate the “paper-y” quality of the objects when photographed. For elefint, since all of the shapes were organic, the whole set was cut by hand. While creating the pieces, I’m always thinking about ways to emphasize dimension when the set is photographed. Even adding a simple crease or curve can make a dramatic difference in how tactile and dimensional an object looks. For example, blades of grass on the set for Elefint each had a single crease to create two sides that would have contrasting light and dark sides when lit and photographed. 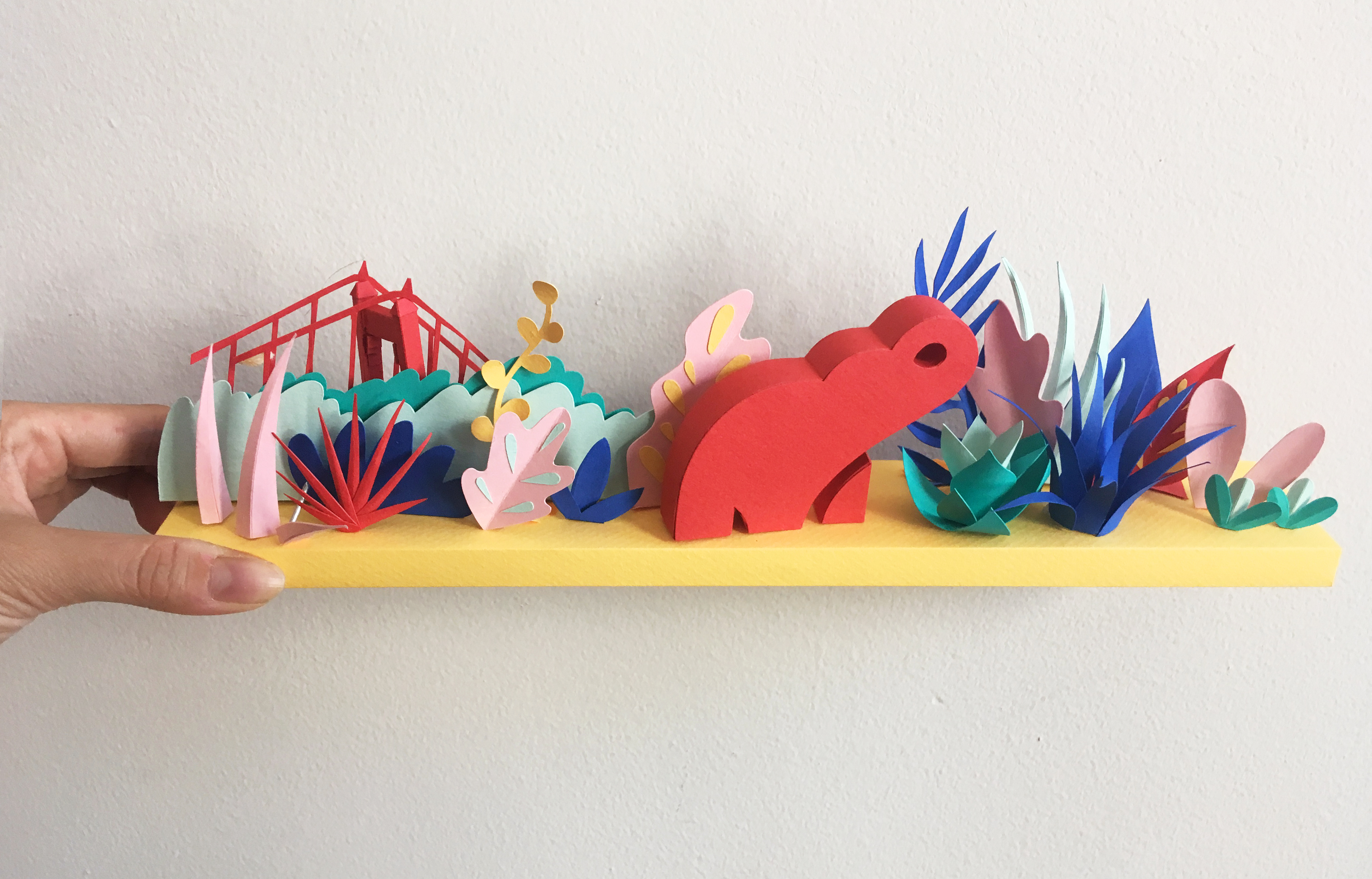 Sometimes I collaborate with a photographer to capture the image. In other instances, I photograph the piece myself in my home studio. For elefint, I provided the photography. The goal was to retain a shadow underneath the shelf so that when the image was placed on the site, the shelf would appear to be coming off of the surface of the page. With so many facets and sides to this piece, I was also looking for a contrast between adjacent sides (e.g. the two sides to a blade of grass) to accentuate the dimension of the pieces. The other aspect of photography is styling. Armed with various tapes, wire, and wax, I placed (and re-placed) each plant and element on the shelf while peeking at the camera view to get the composition just right. From there, a “hero shot” was taken into Photoshop for adjustments to color and lighting. After the retouching was complete, I sent the image off to the elefint team, added a few tweaks, and wrapped up the image for delivery.

The process of paper art allows me to fold in my favorite aspects of art making: collaboration, ideation, drawing, and physical making. For this elefint piece, I was especially excited for the collaboration and openness that came from working with Gopika and Abigail, and I was more than proud to play a small part in celebrating such a wonderful company.

Tips on building a brand with constraints